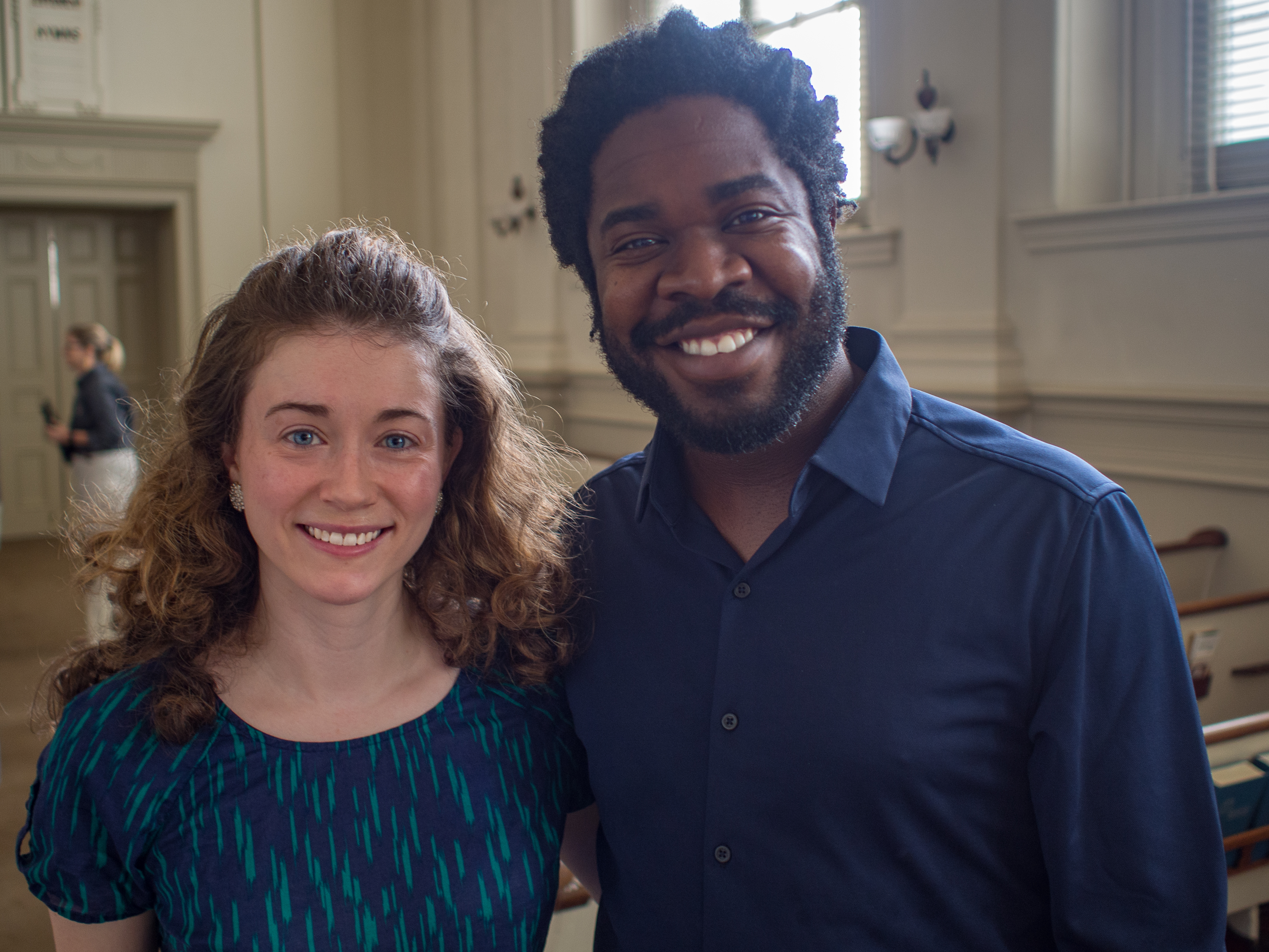 We had a near-capacity crowd for Tuesday’s Bach at Noon for a wonderful hour of music-making.  We were first treated to some excellent and succinct commentary about the esteem Mozart held for Bach, followed by an expressive and lyrical tour-de-force in the form of Greg Funfgeld’s and Tom Goeman’s performance of Mozart’s sonata for four hands in C, KV521.  In my preview of this performance, I promised a miraculous musical mind-meld between Greg and Tom, and they did not disappoint. Greg has described the work as symphonic in scope, and the two remained focused and engaging through the lengthy duration of the work, combining fire, regality, charm, and whimsy in a performance of exceptional accomplishment.  Bravo, gentlemen!

Our attention then turned to Bach’s Cantata No. 68, on the text from John 3:16.  We had one on a part in the orchestra, and their playing was lithe and expressive.  The opening siciliano went very well (you can watch a Facebook Live video of it on our page).  Then we were treated to the ebullient and charming soprano of Nola Richardson, who sang the first aria beautifully.  Nola was the 2016 winner of our Competition for Young American Singers, offered jointly with the American Bach Society.  She had more-than-able obligato support from Noelle Grand on cello.  At the end of the singing in this aria, the music morphs into a trio sonata, which featured zesty and beautiful playing from Mary Watt, our iron-lunged and endlessly lyrical principal oboe, and Elizabeth Field, our accomplished concertmaster.  After a brief recitative, Dashon Burton, our bass soloist, offered a delightful aria, with the accompaniment of three oboes, offering fanfares and even more whimsy aplenty.  If you’re wondering what the next generation of performers sounds like, the vocal dexterity, color, and impeccable scholarship of Nola is a great introduction.  I’d say the same for Dashon, but we’ve been reveling in his singing for years now.  It was a treat to have both of them here for this Bach at Noon.   We concluded with a choral double fugue that definitely kept us singers on our toes!   Cantata No. 68 was last sung in Bethlehem in the 1980s – it was rewarding to give it a long-overdue reprise.

Next month, we’ll observe and celebrate our 90th Bach at Noon, with Bach’s heraldic Cantata No. 69, Lobe den Hern, as well as his Second Brandenburg Concerto, with the Boston virtuoso, Terry Everson, reprising his spellbinding trumpeting in the work from a couple years ago at Festival.  He’ll be joined by Liz and Mary, and members of the Bach Festival Orchestra for a performance that’s sure to astound and delight.  In the meantime, be sure to order your tickets for our Gala performance by the Tomanerchor Leipzig, which promises to be a historic event:  a visit by Bach’s choir in the space where his music was first heard in America!  The Tomanerchor has a rich, 800-year history (!!!!), and has been sounding especially splendid in recent years.  You won’t want to miss this amazing fusion of performers and space.