PLEASE NOTE: Because of COVID-19 our Young American Singers Competition has been canceled, with a new date to come in 2021. At this point, we are unable to confirm the date or additional details. As restrictions are eased and gathering for performances  is safe for both the artists and the audience, we will announce our plans and confirm next steps for those who have or will audition.

The final competition for up to ten singers will take place in 2021 (date to be determined), appearing before a panel of distinguished judges and a live audience in Bethlehem, Pennsylvania.

The First Prize winner chosen by the judges on that day will receive a career development grant of $3,000 and a solo performing opportunity with The Bach Choir of Bethlehem in a future season.

In addition to the first prize, up to three additional cash awards of $500 may be awarded to other finalists, at the judges’ discretion.

Judges at the Finals will include

The Competition is open to citizens of the United States who were born after May 17, 1989.
(As of the finals competition, participants must not yet have reached their 31st birthday.)

Application is via www.getacceptd.com which charges a $30 application fee.

We will reactivate the audition process if necessary.

About the Bach Choir of Bethlehem

The roots of The Bach Choir of Bethlehem, the oldest Bach Choir in America, go back to Colonial times and to the Moravians who settled Bethlehem in 1712. The Choir was founded in 1898 by its first conductor John Frederick Wolle, an organist at Central Moravian Church, and gave the first complete performances in America of the Mass in B Minor (1900) and Christmas Oratorio (1901). Since its founding in 1898, The Choir has been attracting thousands of visitors to the annual Bethlehem Bach Festival, now held on the campus of Lehigh University.

Greg Funfgeld, the sixth conductor of The Choir, has been artistic director and conductor since 1983 and is now in his 38th season. He has expanded the programs of The Bach Choir beyond the annual Bach Festivals to become a year-round season of more than 40 concerts and educational programs with an audience of more than 22,000.

Please visit the Bach Choir of Bethlehem’s website www.bach.org for the Festival schedule or email office@bach.org to request a Festival ticket brochure. 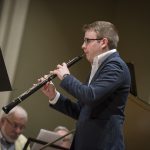 COVID-19 has disrupted much of our season, including our opportunity to present the young musicians who were accepted into  Zimmermann’s Coffee House in 2020.

As the 2020-2021 season unfolds, we will determine our next steps with the exceptional showcase of young talent and post updates here on our website. Should you have any questions about Zimmermann’s, please contact Mike DeCrosta, Administrative Assistant, 610-866-4382, Ext 110, or mike@bach.org.

Click HERE for a PDF summary of the audition process for the Zimmermann’s Coffee House (dates here reflect the canceled 2020 Festival performances.) 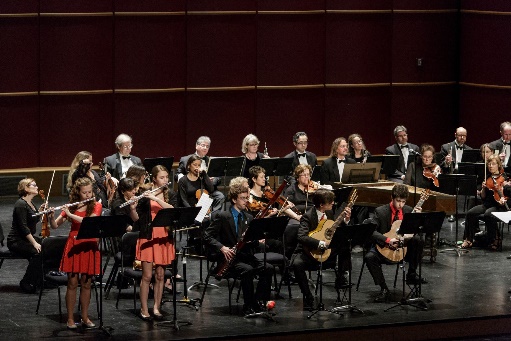 Due to COVID-19, The Chaccone Project has been postponed to a future date. Students selected to participate in The Chaccone Project will perform their compositions at an upcoming performance, to be determined as the performance and gathering restrictions are eased. This opportunity is modeled on the successful project facilitated by Dr. Larry Lipkis, Professor of Music and Composer in Residence at Moravian College,  as part of our 2013 Family Concert and at our 2015 Bethlehem Bach Festival.

Click HERE for a PDF Summary of the Chaconne project. (Dates in this document reflect the canceled 2020 Festival performance.)

Concerts, Updates, Schedules and A Moment of Comfort