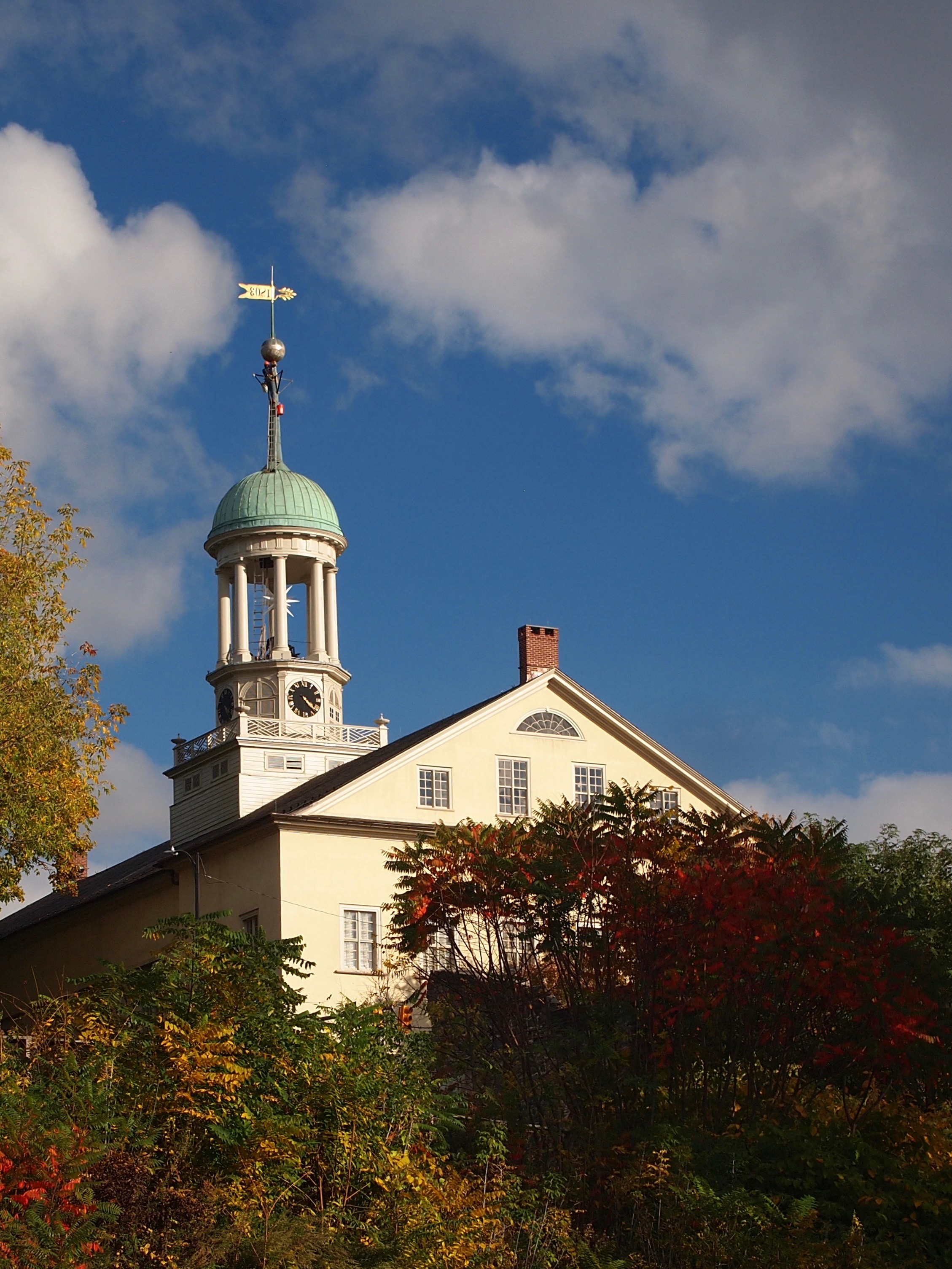 We can’t promise you autumnal colors quite yet, but members of the Choir and the Bach Festival Orchestra will be making a wonderful homecoming to Central Moravian, this coming Tuesday, September 13th, for an exciting performance of two pieces very near and dear to the hearts of all of us!  During the summer, we decamp to the lovely neo-gothic edifice of St. John’s Lutheran Church, in Allentown, to offer three Bach at Noon performances, and members of the choir also trekked up to the Finger Lakes in Central NY, to offer a repeat of one of our St. John’s/Bach at Noon programs:  Warren Martin’s delightful romp, “The True Story of Cinderella.”  I’ll be writing a post about that next week, but our Bethlehem fans who heard some of the buzz about Cinderella will be delighted to know that we’re going to repeat the work at the February Bach at Noon, in a special concert for St. Valentine’s day.  I will also be writing a preview of the upcoming season, which will be a rousing exploration and celebration of the human voice.  There’s much to share!

In the meantime, however, there’s this Tuesday’s program to preview.  We’ll begin with Elizabeth Field, our concertmaster, and Claire Bright, our principal second violin, sharing the stage in Bach’s zesty and riveting Concerto for Two Violins in D-Minor, BWV 1043.   Scholars believe it was composed while Bach was the Kapellmeister at the court of Anhalt-Köthen, between 1717-1723.   The work is heard in Bethlehem somewhat frequently – I believe our friends in the Pennsylvania Sinfonia performed it last summer.  Liz and Claire are wonderful proponents of the work’s fire and zest, evidenced in the first and last movement.  The middle movement is a largo of almost indescribable beauty and lyricism.  When I want to demonstrate the power and emotion of my hi-fi set-up, I often play the last movement (in an excellent performance by the Freiburger Barockorchester), which is full of nuance and power.  No matter the quality or sonics of that performance, the opportunity to hear this music live, in the favorable acoustics of Central Moravian is a treat not to be missed!   Of note to Bach at Noon audiences is that, a few years ago, Greg and Tom performed a version of the work that Bach later arranged for two harpsichords, in 1739, at a B@N, a few years ago.  Talk about white knuckles!

The program will conclude with Bach’s Cantata 191, which is Bach’s only cantata written in Latin.  The work is a slight re-arrangement of the Gloria from the Missa of 1733, which later became the Gloria of the B-Minor Mass.  We recorded it, along with Bach’s magisterial and devout setting of the Magnificat, as well as Vivaldi’s Gloria in the spring of 2009, and it was released the following fall by our record label, Analekta.  Members of our audience are surely familiar with the opening movement’s volleys of “Glory to God in the highest,” the subsequent application of the brakes for the second movement’s rhapsodic evocation of “peace on earth.”  Then follows a love duet with the text of the Gloria Patri, which will be sung by Leslie Johnson and Stephen Ng, longtime audience favorites and dear friends of the Choir.  Then, we’ll all launch into the Sicut erat in principo, which features Bach’s masterful reworking of the Cum Sancto Spiritu from the earlier Missa, and the later Mass in B-Minor.  If the chronology (or my recounting) of the piece has your head spinning, it’s often because Bach was such a creative re-worker and perfecter of his own works, forever tinkering, adding polish and refinement to his own music – even on his own deathbed.  Here, the switched text, and some added measures of zippy fluting (played on Tuesday by Robin Kani and Linda Ganus) are the mostly minor changes.  The movement is one of Bach’s most exciting fugues – it usually leaves the singers literally breathless, and hopefully is similarly exciting for the audience.  The music for this cantata (albeit as part of the later Mass in B-Minor) was first heard in Bethlehem, and, indeed, all of America, at Central Moravian Church in 1900.  One hundred and sixteen years later, we’ll be kicking off our season with this wonderful music, in a most wonderful, historic space.  The doors open at 11:30, plan to arrive early to secure a good seat!