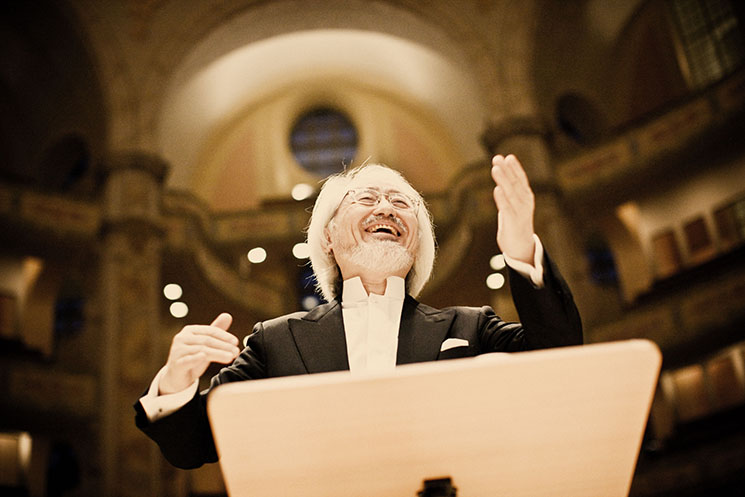 As our Gala artists make their way east, I thought it might stir up a little excitement to compile press about the tour, with a few annotations.  Remember that the Bach Collegium Japan, under the inspired direction of Masaaki Suzuki, will be performing in Bethlehem, at the Central Moravian Church at the intersection of Church and Main Streets on Saturday, November 7th, beginning at 4 pm.  For benefactors, a swanky dinner with a wonderful auction will follow at the Hotel Bethlehem (if I had deeper pockets, I’d bid on a trip to Manhattan to see Otello at the Met, complete with car service from the Lehigh Valley!).  Information about the auction is available here, and information about tickets is here.  I will continue to update this post, as more buzz makes its way to our neighborhood.

Omar Willey of the Seattle Star has a lengthy review of the BCJ’s tour opener at Town Hall in Seattle.  I get the sense that maybe he doesn’t attend a lot of early music performances, but he has glowing things to say about this concert.

Stephen Raskauskas of WFMT in Chicago has Masaaki Suzuki’s 8 Tips to Better Your Bach on that station’s blogs.  It’s an insightful discussion of how Suzuki approaches performance practice through the lens of expression.  Singers:  take note of his excellent thoughts on vibrato (they may surprise you!).

Mark Swed, the inimitable classical music critic of the Los Angeles Times has a review (a rare gush, actually) of Sunday’s performance in LA at Frank Gehry’s stunning Walt Disney Concert Hall (they’ll be playing the identical program here in Bethlehem).  His quibble about not being able to hear Suzuki’s harpsichord won’t be an issue in the splendid and intimate acoustics of Central Moravian.  He describe Joanne Lunn’s voice as “contagiously vibrant,” which seems just about right, and makes note of Suzuki’s whimsical cool:

“Suzuki is a cool customer with long, straight white hair who exudes a priest-like air when he leads his players from the harpsichord. His approach is that of a chamber music leader. He doesn’t conduct. But he is clearly in charge.

There is similar cucumber coolness to the players as well. But that only makes their virtuosity all the more memorable, especially when the disarmingly sly Suzuki pushes them almost to edge while hardly seeming to move.”

Jane Dunlap Norris has this nice interview with Masaaki about the other program they’re offering on the tour (the personnel is all the same) in the Charlottesville Daily Progress.

Don Dagenais has this cheerful review up on KCMETROPOLIS.org. I like his title: “Bach and Suzuki: Perfect Pair.

The Valley’s own Steve Siegel has an excellent preview of Saturday’s concert up at the Morning Call’s website.  He scores some more Suzuki wisdom-bombs – we love it when he previews our events!

Charles T. Downey bills the BCJ’s performance at the Library of Congress a “Triumphant Return” in the Washington Post.  Our conductor, Greg Funfgeld, heard from some friends at the performance who said that the audience was completely rapt throughout the concert.  I’m especially glad to see one of my soprano heroines, the remarkable Joanne Lunn, receive some love from the critic, who praised her vocal pyrotechnics and her “limpid clarity and sensitive phrasing.”  Word on the early music street also holds that Andreas Böhlen, who will be playing recorder for a Vivaldi concerto, set the audience on fire with his dexterous and virtuosic playing.