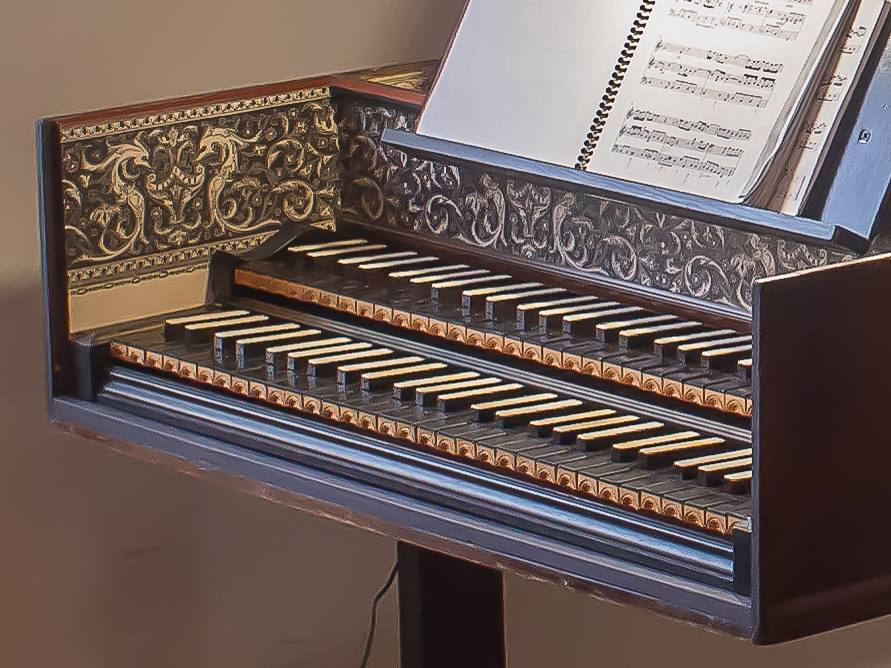 Bach’s Aria with diverse variations for a harpsichord with two manuals, was first published in 1741, the last work included in Bach’s Clavier-Übung, or Keyboard Practice, a large compendium that includes music for both organ and harpsichord.  To 21st century ears, this is a work that was made famous by the great Canadian pianist, Glen Gould, whose revelatory interpretations remain, for many, the reference.  Gould’s savant-like way with the work, and his ability to underline many facets of intellectual and musical genius in the composition, are probably the largest reason for his renown.

In an interview with NPR, the dean of Bach scholars, Christoph Wolff, explains that popular notions surrounding the naming of the piece, that Bach wrote the work to aid with the insomnia of a Count whose personal harpsichordist, Johann Goldberg, was said to have performed the variations, is, alas, a bit of fake news:

“It is not true, at least not as a story that explains the origin of the work,” Wolff says. “It may be related to the history of the work during Bach’s time. When Bach wrote the variations, Johann Gottlieb Goldberg was 13 years of age. He apparently was a very gifted kid. He was a student of Bach’s son, Wilhelm Friedemann in Dresden, but he also took lessons with J.S. Bach in Leipzig.”

Regardless of the work’s exact provenance, and detached from its popular lore, the work remains one of the towering masterpieces of the Western musical canon.  From the delicate and lyrical opening aria to each of the variations, often composed in canon or using other exacting contrapuntal techniques, Bach seems to have succeeded in his apparent aim to demonstrate what was possible, compositionally and technically speaking, on the harpsichords of his time, and then some!

Fortunate ticket holders to these sold-out concerts will have the opportunity to hear this music performed by our exceptional continuo artist, Charlotte Mattax Moersch, in the intimacy of the Saal at the Moravian Museum – chamber music in an actual chamber.  She will play them on a beautiful double-manual harpsichord (two keyboards), which will allow listeners to hear the work on the instrument for which it was composed (it also makes certain gnarly technical challenges for pianists, who play on one keyboard, moot).  Charlotte plays with a rare combination of intellectual rigor and technical panache, and I’m sure these performances will be spellbinding.  The Goldberg Variations are an exceptional musical journey, full of their namesake variety, of course, but also overflowing with lyricism, mathematical sophistication, and the refinement and compositional brilliance of Bach’s later years.  Those lucky enough to attend should cherish their Golden tickets!