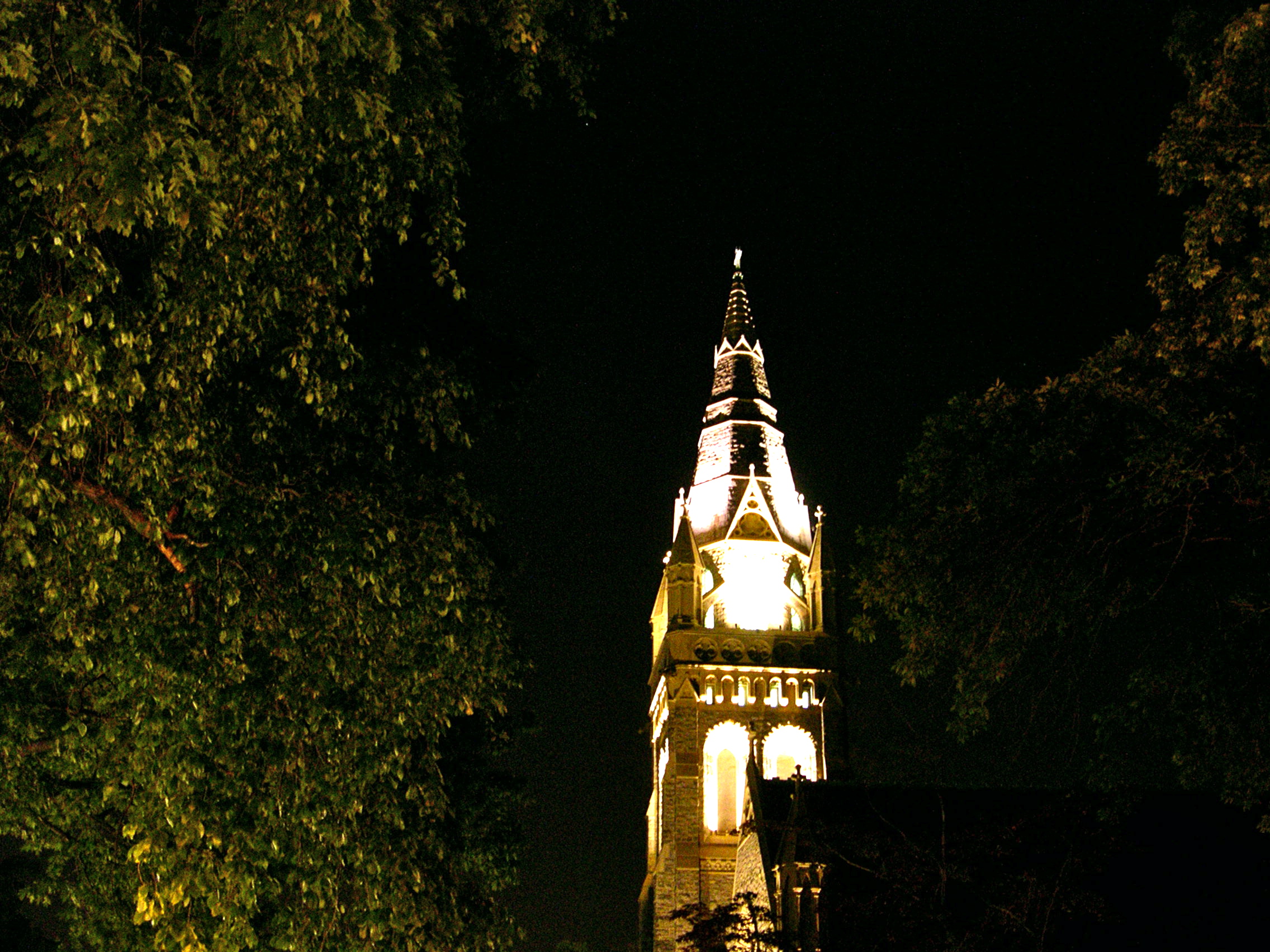 We had an excellent rehearsal tonight.  Things started with The Choir and Orchestra acclimating to a new set-up that we’re debuting this year, for the Festival (we tried it out back in 2009 for a Händel and Bach concert, to rave reviews). The Orchestra is now on a platform in the crossing which allows The Choir to move forward.  We then dug into the first and second movements of Cantata No. 4.  This is early Bach, and the opening sinfonia for strings quotes the chorale upon which the cantata is based, Christ lag in todesbanden.  This plaintive orchestra prelude gives way to the rigorous counterpoint of the second movement, with the choral parts burnished with the beauty of the trombones. We then visited an excellent movement of Cantata No. 21, which begins with a semi-chorus, basso continuo, and the entire tenor section.  The other three vocal parts sing counterpoint over which the hymn tune “If thou but trust in God to guide thee” is superimposed in the tenor part.  Later, the full choir enters, along with the mighty trombones.  It’s arresting music.  We then had a first run through the concluding movement of No. 21, which begins with stately declarations of praise, followed by a very zesty choral dance, with long melismatic passages. This movement is very challenging to sing, but also a lot of fun.   Next up, we began Cantata No. 79, and greeted two exceptional horn players, who made their way through the difficult music with aplomb.  The theme they play among them is very high in the horn’s range, and is quite active, which leads to a different sonority from the sort of flaring, sustaining sounds to which we’re accustomed in modern orchestras.  Instead, they add a jolly, commanding melodic presence.  The Choir joins the dance with homophonic (chordal) entrances, followed by a very lively fugue, with sixteenth note runs in the orchestra and very active counterpoint in the choir. We next sang through the first movement of Cantata No. 80, with its lively counterpoint and canon between the highest and lowest instruments of the orchestra.  It was exciting to hear the organ pedals join the orchestral basses for a little extra gravity in that section of the piece.  Then came an especially exciting orchestral moment, in a movement of No. 80.  Over a searingly fast orchestral accompaniment with strings and wings in dialogue, the choir sings the chorale melody.  It’s a rhapsodic moment, and the sixteenth note runs whip along at astonishing speed.  We concluded our first rehearsal with the Kyries of the Mass in B-Minor, and a semi-chorus worked with strings and winds for the Qui Tollis movement of the Gloria.  Whew!  Musicians have now returned home for a well-deserved rest and will convene again tomorrow evening for more polishing and refinement.  We’re off to an excellent start!