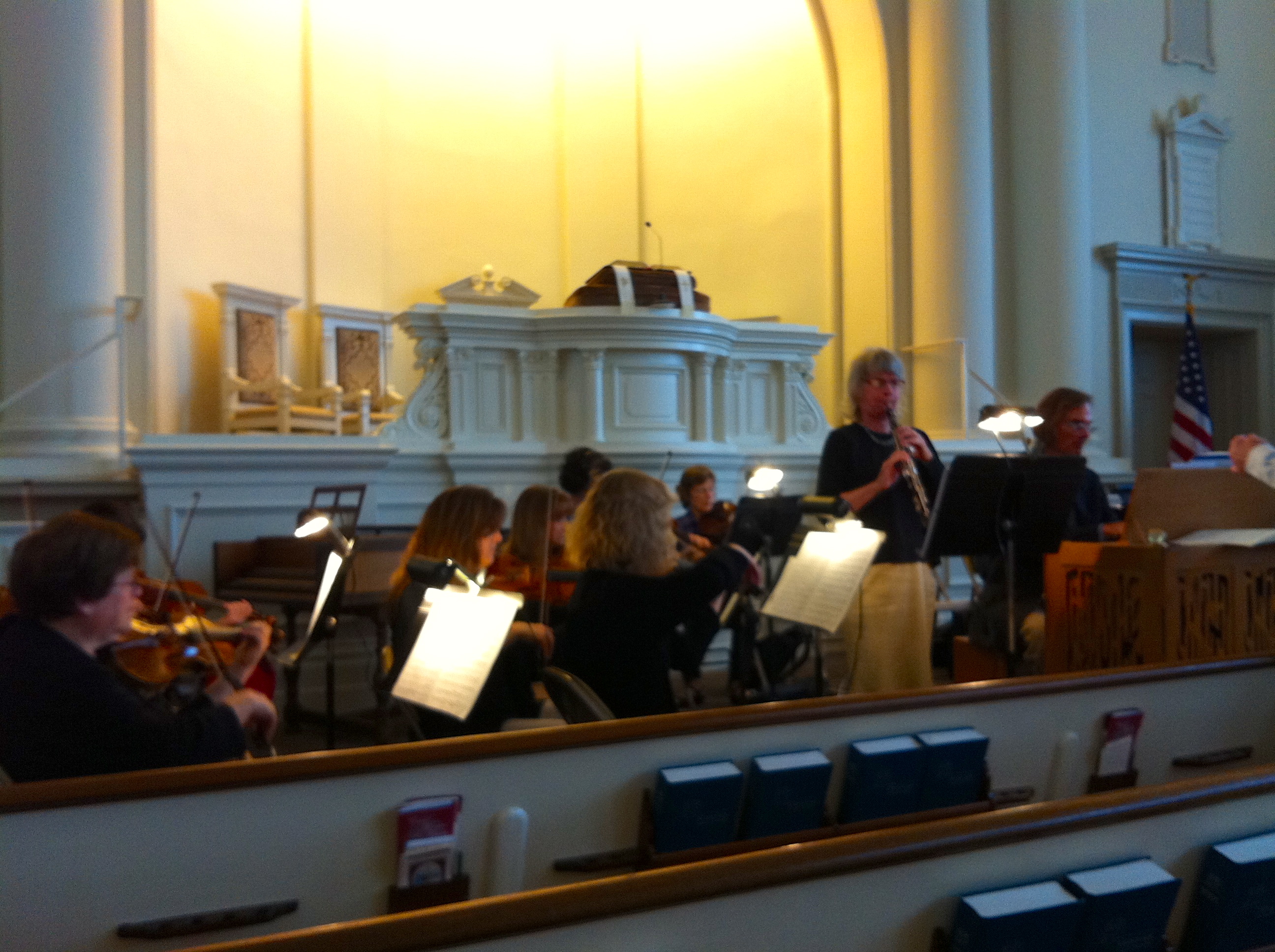 Thanks to everyone who turned out for a wonderful Bach at Noon, this afternoon.  We began with a stirring performance of Vivaldi’s Concerto in G-Minor for Two Celli, RV 531.  Loretta O’Sullivan and Debbie Davis performed marvelously, and were joined by their colleagues in the orchestra for a performance that offered, fire, zest, tremendous lyricism, and all of the panache we’ve come to expect from them.  Particularly moving was the Largo movement, which featured the two celli and a double bass, sans keyboard accompaniment.  The three low instruments created a very evocative soundscape, both lyrical and profound.  The last movement displayed flashes of arch virtuosity, along with the solidity that Loretta and Debbie always bring to their playing.  It was a thrilling performance, and a great prelude to the offering of Cantata No. 80 that followed.  I neglected to mention in my earlier thoughts about Cantata 80 that we were having the great privilege of singing that piece in the very space that saw its first performance in America, in 1824.  Copied orchestral and choral parts were found in the hand of Central Moravian’s then-choirmaster, Johann Christian Till, dating to 1823.  Congratulations to our excellent soloists, Leslie Johnson, Barbara Hollinshead, Stephen Ng, and Christòpheren Nomura, on their excellent singing.  Kudos, also, to our orchestral obbligatists, Mary Watt, Nabuo Kitagawa, Liz Field, Loretta O’Sullivan, and their colleagues in the orchestra for some really stellar playing.  What a great afternoon!  The Choir is now gearing up for Bach to School in Allentown, Saucon Valley, and East Stroudsburg, and then our grand Christmas Concerts, which will feature Bach’s Magnificat, and Benjamin Britten’s Saint Nicolas.  We’ll be joined by an excellent quartet of soloists, and also the Bel Canto Children’s Chorus.  You won’t want to miss it!