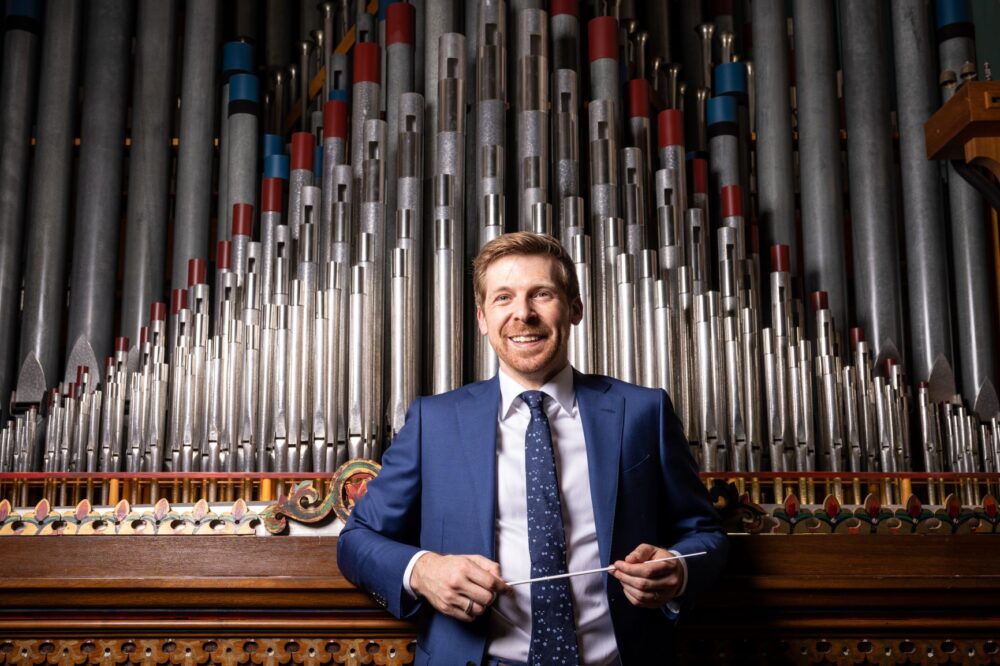 We’re in Bethlehem for our fourth Bach at Noon this winter in Central Moravian Church. Join us on January 10th, 2023 to hear members of The Bach Choir and Bach Festival Orchestra, conducted by  new Artistic Director and Conductor, Christopher Jackson.

Dr. Jackson comes to us from Muhlenberg College, where he served as the Director of Choral and Vocal Activities. He is also a member of Skylark Vocal Ensemble, a professional choral ensemble where he serves as Director of Education, and The Thirteen, a Washington D.C. based choral ensemble. He was also the Conductor and Co-Founder of the Lycoming Baroque Choir and Orchestra where he conducted works by Bach and others.

Join us at Central Moravian!

Jessica is lauded as having a “honey-colored tone” and “the most radiant solo singing” from Opera News, soprano Jessica Beebe is an affecting interpreter of repertoire from the Renaissance and Baroque to contemporary American opera. As a sought-after concert soloist, Ms. Beebe has performed as a soloist with several major orchestras and ensembles across the world including The New York Chamber Orchestra at Carnegie Hall, The English Concert at the Barbican Theatre, The Los Angeles Philharmonic, The Indianapolis Symphony Orchestra, The Indianapolis Baroque Orchestra, The Folger Consort, Utah Symphony, Omaha Symphony, Lancaster Symphony, The Washington Bach Consort, Piffaro, Gamut Bach Ensemble, Philadelphia Bach Collegium, and more.

Nathan is a New York based tenor specializing in early music, chamber music, and choral singing. He is on the permanent roster in the Schola Cantorum at The Church of Saint Vincent Ferrer in New York City and performs with ensembles across the nation. Past performances include appearances with Ensemble VIII in Austin, TX; Skylark Vocal Ensemble in the Greater Boston area, and in Cleveland with Apollo’s Fire. A native of Dallas/Fort Worth, Nathan studied at the University of North Texas where he was immediately drawn to Renaissance and Baroque music and sang in the Collegium Musicum program.

William is at home performing traditional concert, operatic, art song, and musical theatre repertoire. Mr. Marshall has served as baritone soloist for Bach’s Mass in B Minor, Faure’s Requiem, Handel’s Messiah, Orff’s Carmina Burana, Mozart’s Requiem and many others. His opera credits include Aeneas in Dido and Aeneas, Belcore in L’elisir d’amore, Count Almaviva in Le Nozze di Figaro, and Papageno in The Magic Flute. As chorister he has sung with the Allentown Symphony Chorus, Boston Baroque, Opera Philadelphia, Opera Delaware, and hexaCollective. William is a two-time winner of the New Jersey State
NATS Competition, winner of the Rowan University Soloist Competition, and finalist in the Bach Vocal Competition for American Singers.

We will perform this concert with one per part in the Orchestra: