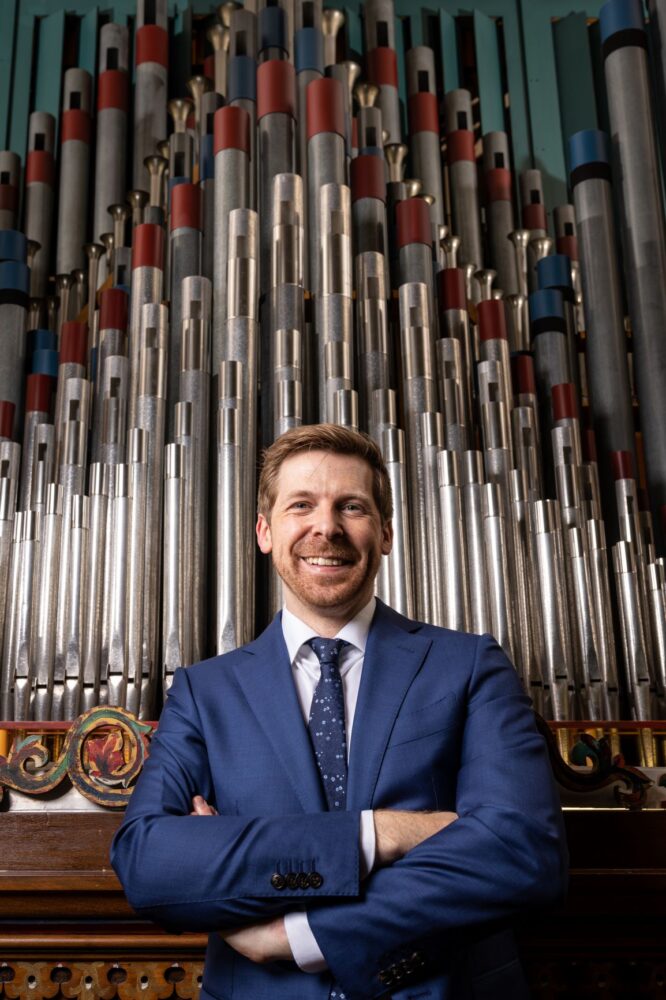 We’re in Bethlehem for our very special Sweethearts Edition of Bach at Noon this Valentine’s Day in Central Moravian Church. Join us on February 14th, 2023 to hear members of The Bach Choir and Bach Festival Orchestra, conducted by  new Artistic Director and Conductor, Christopher Jackson. Featuring a few pieces Bach included in a special notebook to his second wife Anna Magdalena. We are also presenting some interesting musical pairings – Bach & Purcell – Bach & Finzi – Bach & Florence Price. Katelyn Grace Jackson, wife and sweetheart of Conductor Christopher Jackson will be the soprano soloist!

Dr. Jackson comes to us from Muhlenberg College, where he served as the Director of Choral and Vocal Activities. He is also a member of Skylark Vocal Ensemble, a professional choral ensemble where he serves as Director of Education, and The Thirteen, a Washington D.C. based choral ensemble. He was also the Conductor and Co-Founder of the Lycoming Baroque Choir and Orchestra where he conducted works by Bach and others.