Discovering Bach – The Story of 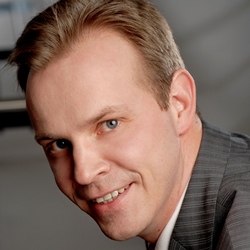 In 2005 Michael Maul, member of the research department of Bach-Archive Leipzig, meanwhile artistic director of Bachfest Leipzig, made an sensational discovery. After digging deep into hundreds of Central German archives for almost four years, he came across an anonymous music score of an aria, written on two empty pages of a printed Birthday poem for Duke Wilhelm Ernst of Saxe-Weimar in 1713. He was able to show that the piece was written by the 27 years old Weimar court organist Johann Sebastian Bach. Michael Maul will present in his lecture the story of this discovery, its first recordings, the visible and hidden messages in this lovely aria and what else happened in the life of a young scholar after making such a discovery.

Dr. Maul studied musicology at the University of Leipzig. In 2006, he completed his award-winning dissertation on “Baroque Opera in Leipzig (1693–1720)” at the University of Freiburg (supervised by Christoph Wolff) and in 2013 completed his prize-winning habilitation thesis on the history of the Leipzig St. Thomas School “Dero berümbter Chor–Die Leipziger Thomasschule und ihre Kantoren 1212–1804” (English translation, “Bach’s Famous Choir: The St. Thomas School in Leipzig, 1212-1804”, published by Boydell&Brewer in 2018).

Maul has been a member of the research team at the Bach Archive in Leipzig since 2002. Since 2018 he is also the Artistic Director/Intendant of the annual Leipzig Bachfest. Maul is a member of the board of the Neue Bach Gesellschaft. During 2014-2015, he has been a visiting professor at the Peabody Institute of the Johns Hopkins University in Baltimore.

Maul is internationally renowned for several astonishing Bach discoveries during the last two decades, including the unearthing of a previously unknown Aria (BWV 1127) and Bach’s earliest surviving musical manuscripts. In addition to his work at the Bach-Archiv, Maul is a lecturer in musicology at the Universities of Leipzig and Halle. He produces on a regular basis a radio show on J.S. Bach’s biography with Deutschlandfunk Kultur (“Universum JSB”) and a popular podcast series on Bach cantatas (“Die Bach-Kantate mit Maul&Schrammek”).

Maul’s publications include a wide range of articles on German baroque music in the 17th and 18th centuries, especially on J.S. Bach. His last book was a bilingual (German/English) pictorial Bach biography, published by Lehmstedt-Verla.

FREE Lecture – no tickets are required.  The lecture will take place in Zoellner Arts Center’s Room 145.