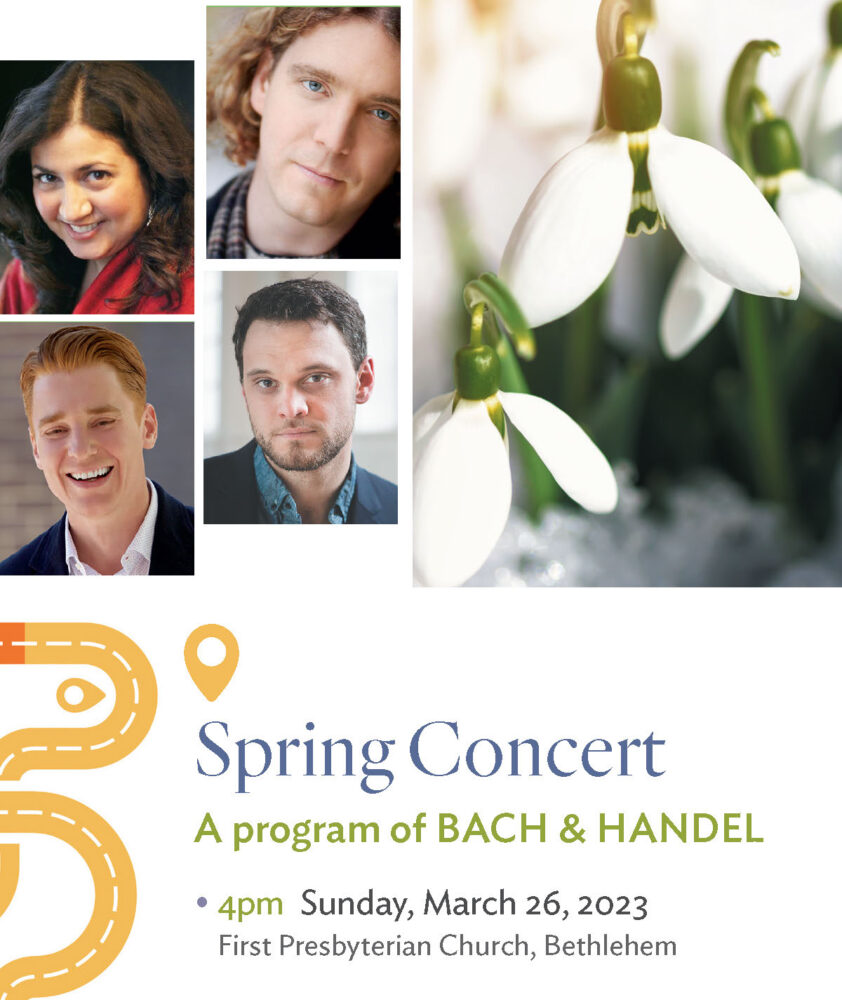 J.S. Bach (1685 – 1750) Easter Oratorio  18th-century German oratorio developed at the same time as opera in Hamburg and Dresden, and used a biblical subject and sometimes even a biblical text, and their most distinctive feature may have been the succession of many solo arias and recitatives.  The centerpiece of the Easter Oratorio is apostle Peter’s aria, as he reflects on death now being no more than slumber. “Sanfte sol mein Todeskummer” is itself something of a lullaby, with rocking motion in the flutes and violins, and oft-repeated pitches in the continuo to create something of a static feel.

George Frideric Handel (1685-1759)  Messiah, Part Three – We complete our performance of Handel’s Messiah with Part III of this baroque masterpiece.  After performing part 1(2019) and part 2(2022), we now turn to final portion and complete this magnificent composition this season.