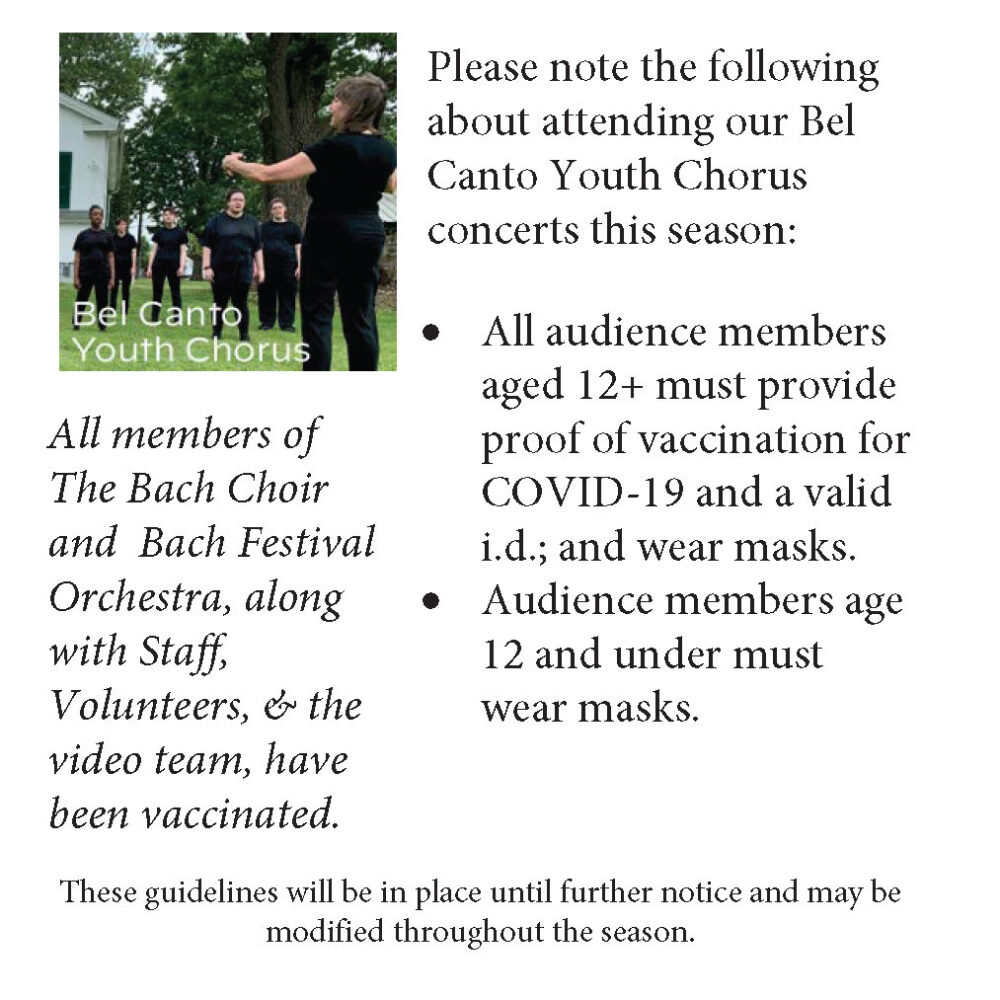 The Winter Concert of The Bel Canto Youth Chorus will feature music that tells the Christmas story and conveys messages of Peace and Unity. From Medieval carols to Bach to young contemporary composers, this program will bring a joyous start to your holiday season!

Among the many beautiful and poignant pieces being performed at the Winter Concert is When the Song of the Angels is Stilled. Our young singers blend the important message of compassion among all people with the spirit of Christmas and the season in this piece.

Author Howard Thurman (1899 – 1981) was a mentor and spiritual advisor to Dr. Martin Luther King, and played a leading role in social justice movements in the 20th century. His theology focused on radical non-violence, an approach that significantly influenced Civil Rights leaders. His poem, When the Song of the Angels is Stilled, set to music by Elizabeth Alexander, admonishes us that once the season of Christmas is over, that is the time we really need to get to work to do good in the world.

When the song of the angels is stilled,
When the star in the sky is gone,
When the kings and the princes are home,
The work of Christmas begins:
To find the lost,
To heal the broken,
To feed the hungry,
To release the prisoner,
To rebuild the nations,
To bring peace among brothers,
To make music in the heart.

From The Mood of Christmas and Other Celebrations by Howard Thurman
© Friends United Press, 2001 edition