This double-chorus work is the only of Bach’s motets for which the occasion of composition can be specifically determined: it was composed for the funeral of Thomasschule headmaster J.H. Ernesti in 1729. It is also the only Bach motet for which complete orchestral parts survive, with strings doubling the first chorus and reeds (two oboes, taille, and bassoon) doubling the second. A continuo part, indicated for “violone (in B[-flat]), organo (in a[-flat])” sounds continuously throughout the piece, providing a firm bass foundation and continuity. The strings versus reeds sound, therefore, helps to create timbral variety between the two choruses.

The first stanza of text comes from Romans 8:26-27, the second from a chorale by Luther:

Ending this motet with the singing of the chorale “Du heilige Brunst, süsser Trost” has become standard fare in performing “Der Geist hilft”. There is no doubt that the chorale was written by Bach, but there is some question as to whether or not he intended this chorale to be paired with the motet for all eternity. 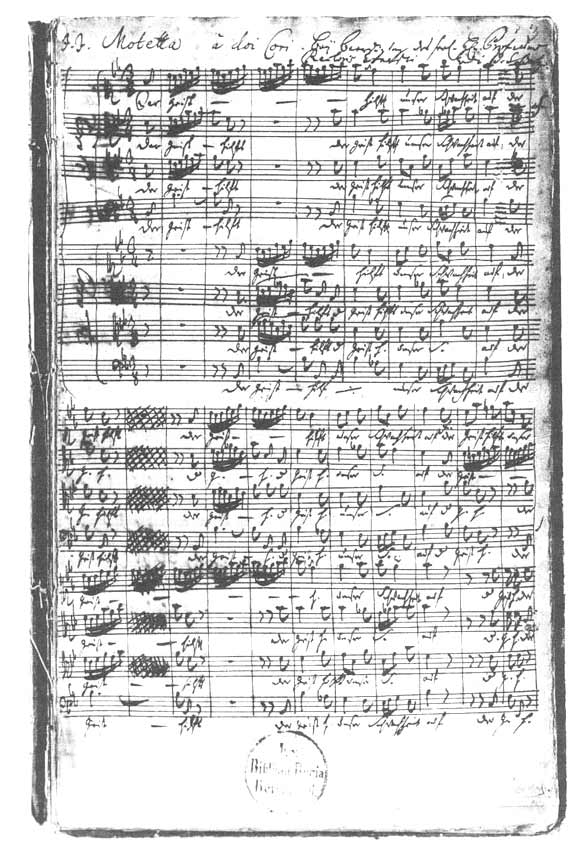 The motet is set in three contrasting movements, plus the aforementioned chorale:

Clearly the opening captures the “spirit” of the text, so to speak. The melismatic writing in the soprano parts in particular may be seen as the movement of the Holy Spirit blowing through the apostolic community.

The second movement, which is more penitential, inflecting primarily in the minor mode, clearly focuses on the “groaning” of man, indicated by the text.

The third movement becomes more lively, though not as much as the opening. Perhaps this is a combination of the first two movements, creating a transformation in the singers, who, though still suffering humans, are now filled with the Holy Spirit.

Perhaps this also explains why the voice parts are reduced from eight to four, and why the rhythmic complexity is lessened – through the mystery of the Holy Spirit, all Christians are united.