Written for Whit Monday (the day after Pentecost Sunday, or Whit Sunday), this cantata sets a Picander text first published in 1728. The libretto derives from the Gospel reading for the day, from the Gospel of St. John – the famous text “For God so loved the world”. The entire text focuses on Christian love and the love of God, as we can see in the title: “I love the Highest (God) with my whole heart”.

The cantata is relatively short, owing to the short libretto. In addition, we can speculate that the church service needs for Monday would be less than that for a Sunday, particularly a major church feast such as Pentecost (Whit Sunday). Only four movements are sung: an aria, recitative, aria, and concluding chorale.

The first movement is an orchestral sinfonia, which should sound familiar. Bach uses the first movement of his own Brandenburg Concerto No. 3 in D major, adding oboes, horns, and taille (often played by bassoon in modern performances) to the string-only scoring of the Brandenburg. Bach uses the entire first movement of the Brandenburg here, which creates a very festive mood, but also provides a significantly longer sinfonia than in any other cantata. Is the choice related to Bach’s recent (only a few months earlier) appointment as director of the collegium musicum in Leipzig? (So speculates Konrad Küster.) 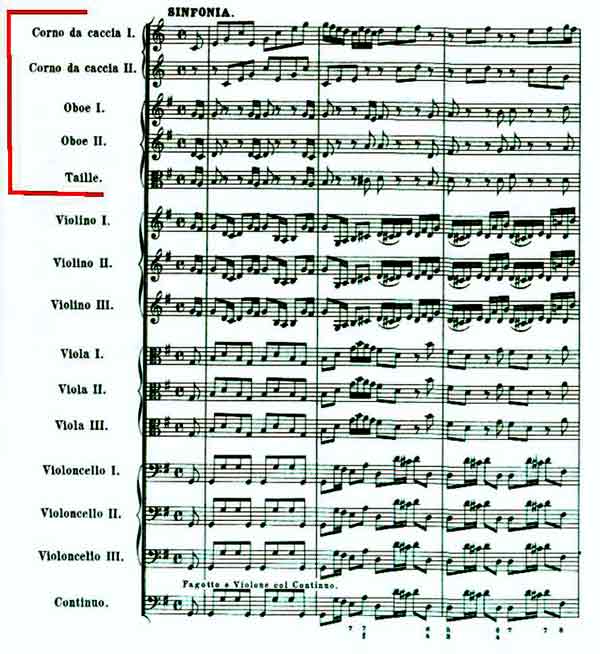 The large orchestra is then left behind, although different instrumental combinations in the four vocal movements make use of various parts of the orchestral forces. None of the subsequent movements has the energy, range, or power of the first movement, though the second movement comes close in its rhythmic drive. The D major tonality and almost constant rhythmic activity of the sinfonia both carry over to the second movement, an aria for solo alto with solo oboes and continuo. But this is a much more relaxed movement than the first; the rhythmic activity is lessened and the effect different because of the change of meter and tempo, in this lilting movement. Oboe II introduces the main melodic material for the aria; this is then adopted in imitation and a fifth higher by Oboe I, before the solo alto makes it her own. The aria is a siciliana, a pastoral Italian dance, as well as being a da capo aria.

The recitative which follows is brief but dramatic. This simple recitative includes many suddenly and somewhat unexpected chord changes; perhaps this is Bach’s portrayal of God’s emotions at giving His Son to the world (the famous text of the Gospel of John is quoted in this movement – “For God so loved the world”). The lone “reaction” of the strings to the text occurs near the very end, as they “tremble” before the mention of Höllenpforten (Hell’s portals).

The next aria is another example of Bach’s using a trio sonata texture in a vocal movement. The upper strings play in unison against the continuo line, creating a lovely instrumental duet. The introduction of the solo bass voice in measure 13 is a natural complement to the rest of the texture, and the three independent lines are woven together in a beautiful and seemingly simple fashion. The final movement is a traditional four-part chorale setting, using the first verse of Martin Schalling’s 1571 hymn, “Herzlich lieb hab ich dich, O Herr”.